A World Nomads Competition in Kyrgyzstan: everything you need to know about the World Nomad Games 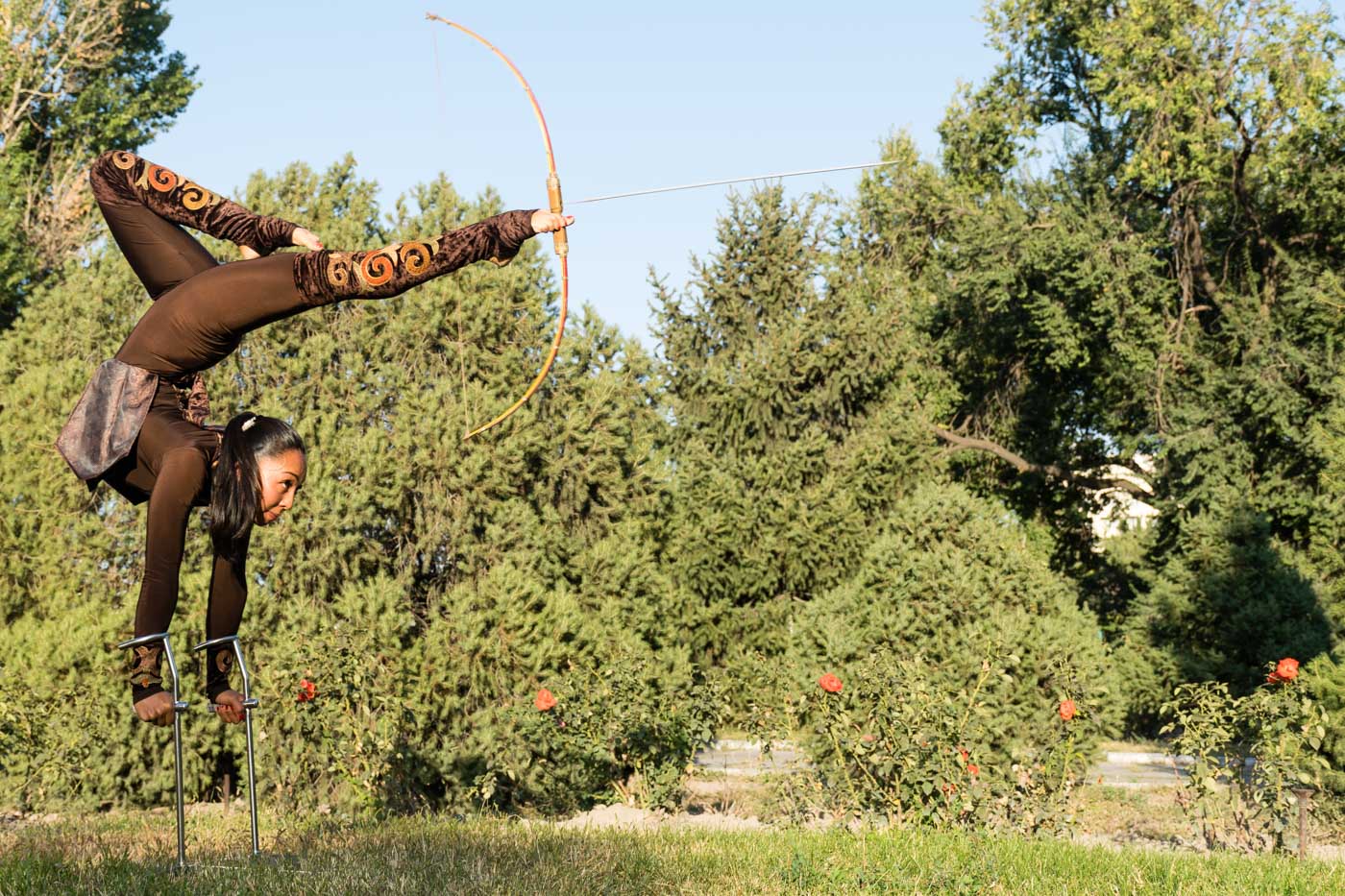 Read here everything that happened in the third edition of the World Nomad Games in Kyrgyzstan. We covered eight days of insane sports and cultural activities in this world nomads competition and can say for sure that this was one of the most spectacular events we ever had the pleasure to attend.

How did this world nomads competition started?

Let’s start with the reason the world has the World Nomad Games today. Its creator, the philanthropist Askhat Akibaev, whom we interviewed for a documentary we are producing, told us that when he was the head of several sports federations in Kyrgyzstan, he would often attend cultural events of other countries, such as Japan, Mongolia and so on, which had the aim of promoting the host’s culture. He, then, thought: “why not having an event to tell the story of the Kyrgyz People too?”.

However, to make it more interesting to the world, he decided to join with other nations in order to create the World Nomad Games, which tells the stories of nomadic people from all over the globe. As he explained to us: “We don’t want the games to be only about Kyrgyzstan, but we want it to be an opportunity for different cultures and small communities to showcase and preserve their traditions”.

With this in mind, the World Nomad Games was launched in 2014, being the first Olympics for the Nomadic People. Every two years, thousands of athletes from over 70 countries get together to compete in 37 sports and help keeping ancient traditions that are fading away in an increasingly globalised world.

You might be interested in reading: Is Iran safe for tourists? Demystifying 6 common myths about the country

Much more than a sports competition

It’s important to clarify though that the World Nomad Games is not only about sports competition, it has a lot of culture too. In the third edition, for instance, there was even an Ethno-Village built specifically to host gigs and presentations from different countries, such as the Arab Emirates, the US, Kazakhstan and Venezuela.

Over the Ethno-village, people could experience different nomadic traditions, such as living in yurts, drinking horse milk, trying on nomadic clothes and many other things. It was located at Kyrchyn Gorge, a gorgeous place filled with over a thousand yurts. The scenery was quite something and we had to force ourselves to leave the cameras behind to enjoy the atmosphere fully.

Another novelty at the third edition of this world nomads competition was the launch of an amphitheatre by the shores of Issyk-Kul lake. Over there, there were nights of entertainment ranging from music, fashion and arts performed by over 70 countries. It was awesome!

Find your accommodation in Bishkek here!

The games at the WNG

But let’s talk about what really matters: the crazily insane sports played at the World Nomad Games. As we mentioned before, there were 37 modalities, all based on nomadic traditions, therefore many of which involved horses, falcons, arrows and bows and display of strength.

The highlights were definitely the horseback archery, horseback wrestling and the surreal Kok-Buru, a kind of horse polo where the ball is a headless goat. More on that below!

By the way, Kyrgyzstan is a very famous destination for cyclists. If you are looking for some cycling activities, we wrote a full article about cycling in Slovenia.

Horseback archery is crazy and its competitors dressed like some kind of warriors gives you the feeling of being in a medieval movie set.

In the female horseback archery, the winner was from Turkey, having the Kyrgyz representative, Aida Akhmatova – the one from the main picture of this post and whom we also interviewed for the documentary – in second place.

In this sport, the competitor has to ride the horse through an aisle where there are three aims facing different angles. The trick here is to control the horse without your hands and have great aim while riding. Needless to explain its relationship nomadic lifestyle.

The horseback wrestling, named Er Enish, was also interesting. This warrior-like game resembles a battle and requires strength, not just from the competitor, but also for the horse. The rules are a bit confusing, though.

Surely, the goal here is to make any part of the opponent’s body to touch the ground.  However, there is more to it. Each nation has 5 “warriors” and each “battle” lasts for 6 minutes. At the end of each battle, if there is no clear victory achieved – by pulling the opponent to the ground – then a victory is declared on points. The nation with the most victories after the 5 “warriors” fight, or when a difference of 10 points is achieved, wins the game – at least that’s what we understood.

Kok-Buru! What a game. This was one of the reasons we wanted to come to the World Nomad Games. We wanted to understand where the idea of playing a polo-like game with a dead goat comes from.

By the way, there is even a hashtag #deadgoatpolo on Instagram, and in here you can see more photos and here an electrifying video of the game. Just to start us off, the headless goat weights 35kg! Imagine pulling it from the ground on a horse. Tiago tried to lift from the ground, no horses involved, and struggled.

Anyway, there are large circular “goals” on each end of the pitch where the players have to score goals, or “goats”.

The game has roots in the ancient nomad tradition of protecting their cattle from wolves. Every time a wolf was captured, they would throw them from side to side, as punishment. This led to a headless goat polo-like game, which in fact, as we heard and don’t know for a fact, is where polo comes from. The English adapted Kok-Buru into polo after the occupation of Afghanistan.

Kok-Boru is the national sport of Kyrgyzstan. In Brazil, England and elsewhere, kids grow up dreaming about playing football, but in Kyrgyzstan they all want to be play the dead goat polo.

We interviewed the coach of the Kyrgyz team, obviously the winner of the game, who plainly and directly told us that, to him, this is a sport and he is not really interested in the relationship with the nomadic culture.

Interesting too was the adhesion of France in Kok-Buru on this edition of the World Nomad Games. Comprehensible enough, they didn’t even score a goal. In fact, they couldn’t even pick up the goat from the ground. Kyrgyzstan literally allowed them to pick it up so they could start the game. Anyway, well done France for diversifying your sport activities!

The Closing Ceremony at the World Nomad Games

These world nomads competition are indeed a smaller version of the Olympic Games and of course it had an Opening and Closing Ceremony. Which by the way were beautiful shows that recalled the history of Kyrgyzstan with lots of acrobatics and live music.

These parties made us realise how happy and live the Kyrgyz are. During the Closing Ceremony for instance, the audience, mostly made up of families, elderly people and children, did not stop dancing and cheering for even a second. You could feel just how proud they were with the games – and they should!

At one point, for an outburst of joy, the Kyrgyz Minister of Tourism, who was sort of controlling the press area – where we were standing – opened the gates which divided the arena and the audience, turning that huge space in between into a massive dance floor. It was awesome!

The party lasted for a while and and had together people from all corners of the world, athletes and public celebrating that incredible cultural festival.

When will the next World Nomad Games be?

The sad news for some, but good for others, is that Turkey will hold the 2020 edition of the World Nomad Games. Sad because the Kyrgyz people – and many others – feel this world nomads competition belongs to the Central Asian countries and so it should remain in the region. Also, Turkish have lost their nomadic traditions so it kind of loses a bit of its magic.

On the other hand, good news because some people believe that in Turkey there will be a massive improvement in infrastructure, both for visitors and athletes. This will allow the games to grow and develop even further to become known worldwide.

We agree with both sides. It will be sad to see the games leave their place of origin. But it is true that the event is too expensive for Kyrgyzstan and it lacks better infrastructure. We heard complains from different athletes – many of whom had to self-fund themselves to attend – about the lack of organisation. Hopefully Turkey will be able to invest and improve it.

We guess is wait and see. One thing is for sure: we won’t be missing the fourth edition of the World Nomad Games in Turkey!

After the world nomads competition, we took an awesome 4×4 from Travel Land Kyrgyzstan to explore more about the nomadic life. First stop was travelling almost 2000km to the former Aral Sea in Uzbekistan.