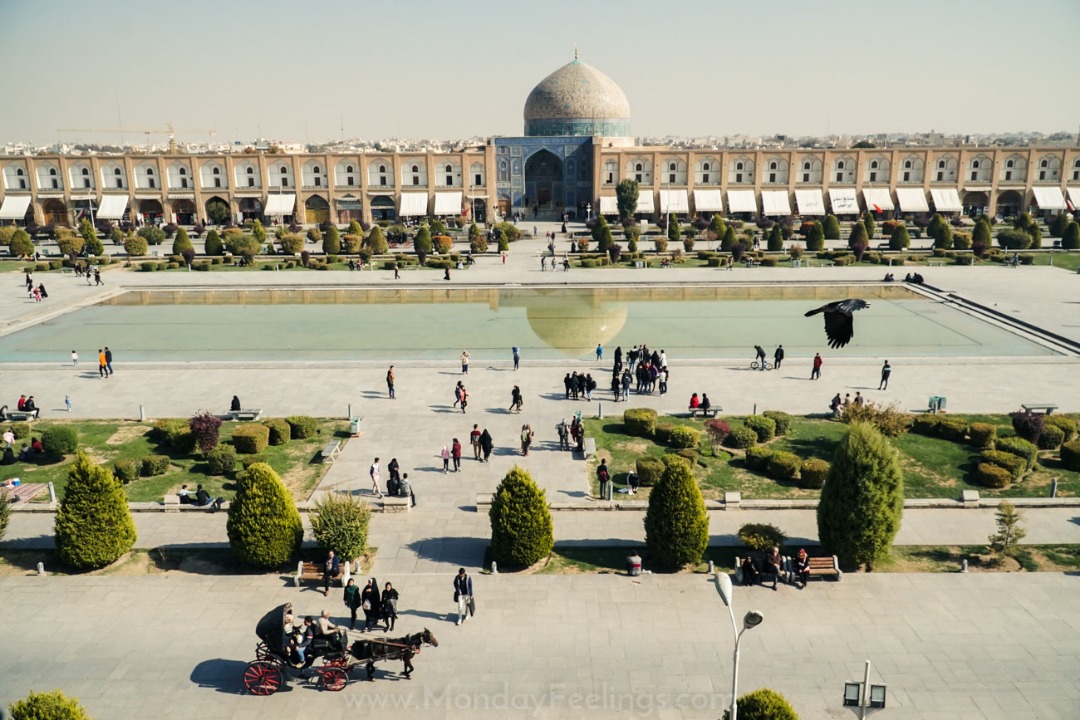 WHAT TO FIND IN THIS TRAVEL IN IRAN PAGE

The Islamic Republic of Iran, also known as Persia, borders Armenia, Turkey, Azerbaijan, Afghanistan, Pakistan and Iraq, plus the Caspian Sea, The Persian Gulf and the Gulf of Oman. Home of the former Persian Empire, travelling to Iran provides you with a great insight into history, culture and an incredible gastronomy. We have been to Iran twice, totalling almost three months and are absolutely fascinated by the country. Iran is such a diverse country that it pleases all sorts of travellers and adventurers.

Iran is one of the safest country we have ever visited. We went there for the first time in 2015 and came back end of 2019 again. It is normal to picnic in public parks even when it's dark. We never had any issues with regards to crime in Iran, neither have heard of one from other travellers (see this article about if Iran is safe for tourists for further details based on our experience). Nevertheless, they are very sensitive regarding politics. Therefore, it's not recommended to walk around with your camera in hand, particularly around sensitive areas, such as protests, embassies, consulates and government buildings.

Farsi – You can get by with basic English, mainly in the major cities. But don't have your hopes high up. Also, do not make the massive mistake of taken them for Arabs. It's the equivalent of calling the Scots, Englishmen. You will see Arabic influence on them, on the language, architecture and food, but most of them do not speak Arabic.

Check it out our article about a complete Iran Itinerary.

Check it out our article about Iran visa for full details.

When to travel to Iran

The winter in Iran is very harsh. Even though you can see a great difference in temperatures between the north and the south, because of its mountainous landscape, there is no escape of the tough winter. Therefore, avoid visiting Iran from end of November until end of February. On the other hand, summer can be quite harsh too, particularly in the most deserted areas, which is quite a lot of the country. The hottest month is July, but August is not far behind.

Because Iran is not on the radar of most tourists, you don't see price skyrocketing during the high season. However, prices do change. When planning a trip to Iran, consider the hottest month of July, the wettest month of March and the coldest months of December and January. Moreover, one of the best time to enjoy Iran is during Nowruz, which is their New Year equivalent, that celebrates also the arrival of the spring - around March 21st. Check this post to see how to dress in Iran and adjust your luggage.

Costs of a trip to Iran

Iran is a fairly cheap destination, but that doesn't mean you can get fine things in exchange.

What to see in Iran

What to eat in Iran

On Jan. 22, 1965, the day before the Iranian prime minister is assassinated, a car drives up to a shipwreck. Inside the wreck, a banished political prisoner has hung himself and the walls are covered in diary entries, literary quotes, and strange symbols. Fifty years later, the evidence, including intelligence tape recordings, is found in a box. The contents attest to the fact that the inspector and his colleagues were arrested, but why? Based on Satrapi's graphic novel about her life in pre and post-revolutionary Iran and then in Europe. The film traces Satrapi's growth from child to rebellious, punk-loving teenager in Iran. In the background are the growing tensions of the political climate in Iran in the 70s and 80s, with members of her liberal-leaning family detained and then executed, and the background of the disastrous Iran/Iraq war.

After their flat becomes damaged, Emad (Shahab Hosseini) and Rana (Taraneh Alidoosti), a young couple living in Tehran, Iran, must move into another apartment. Once relocated, a sudden eruption of violence linked to the previous tenant of their new home dramatically changes their lives, creating a simmering tension between husband and wife. Nader and Simin, a married couple, live in Iran with their daughter Termeh. Simin wants to move out of the country, but Nader is reluctant to do so as he wants to take care of his ailing father. Iran Visa on Arrival and evisa Iran in 2022: all you need to know

This post is also available in: PortuguêsFind out now how to get the Iran visa on arrival as... Read More... 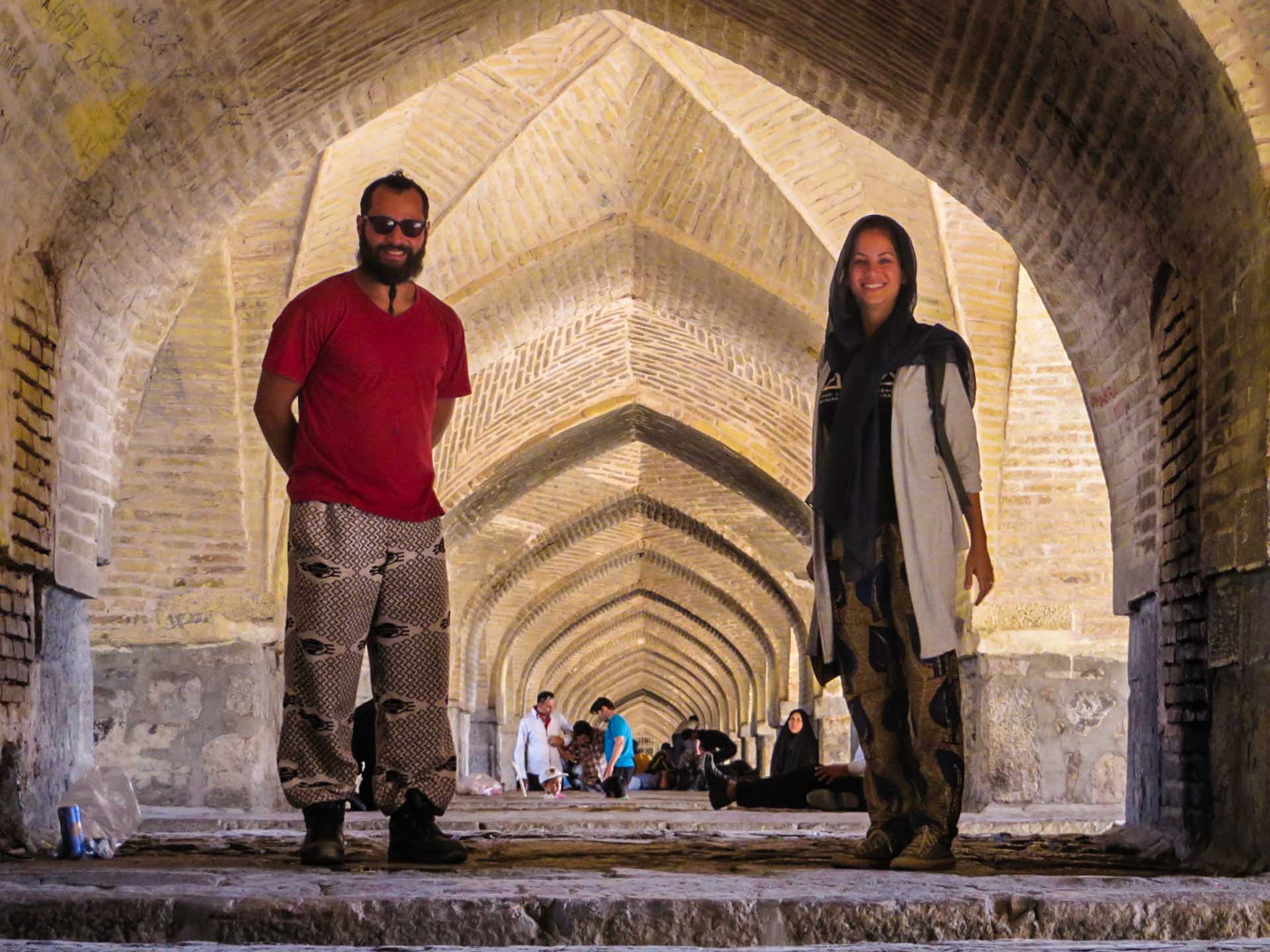 This post is also available in: PortuguêsIran is the only country in the whole world which every single... Read More... What to do in Iran – a complete Iran itinerary

This post is also available in: PortuguêsAre you looking for an Iran itinerary for your trip to Iran?... Read More... Is Iran safe for tourists?

This post is also available in: PortuguêsUnfortunately, Iran’s image before the world is not the greatest. It is... Read More... This post is also available in: PortuguêsAlmost everybody ask us which country we liked the most to visit.... Read More... This post is also available in: PortuguêsOh, Iran…! I think we could list at least 100 reasons to... Read More... We came back from Pasargadae

This post is also available in: PortuguêsMany Brazilians know about the famous poem “I am going away to... Read More... The first impressions of Tehran, Iran

This post is also available in: PortuguêsThis is only the third day, but we have already demystified so... Read More...
Type to search or hit ESC to close