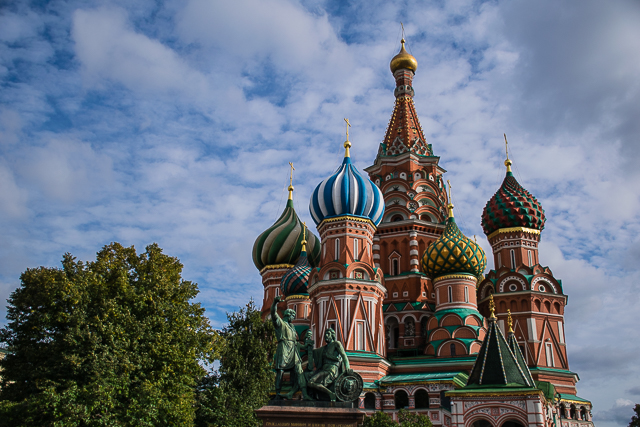 We all know that Russia is the biggest country in the world. We have all heard they like vodka and can be not as friendly sometimes. However, as we we try to escape of common perception on Monday Feelings, get ready now to find out some real curiosities about Russia, this impressive and puzzling country.

After visiting Russia three times and crossing it from side to side, we bring you now some interesting and fun facts about the Russia and Russians.

1 – The deepest lake in the world is in Russia

Baikal Lake, in Siberia, is the deepest and oldest of the planet. The water from Baikal Lake can fill out about two fingers deep the whole world’s surface. That gives the Russians the possess of about 20% of all the non-frozen planet’s fresh water.

2 – Alaska used to be from Russia The USA bought Alaska from Russia in the year of 1867 for US$ 7.2 thousand. There are still some Russian communities living there. They speak Russian, have Russian passport and follow the Orthodox Church. It is easy to conclude they identify themselves much more with the Russian culture than with the American one. The phonetic of the two countries is so similar that, when we were in Russia and heard locals talking, we thought they were speaking Portuguese or some other Latin language. Also, when we were travelling around other countries, it has happened of people thinking we were Russians – we are both Brazilians by the way – because of our language.

And the similarities does not end here. There are many words which are the same, such as “ticket”, “passenger”, “library”, “cathedral”, “temperature”, “music”, etc. Obviously, they are not written the same as they use the Cyrillic alphabet.

4 – Russia has 22 Autonomous Republics within its territory

There are 22 “countries” within the Russian Federation. These republics have their own president and Constitutions but answer to the Kremlin, the central government in Moscow.

5 – It is difficult to find public toilets divided by gender Men and women use the same toilet (cheers to gender equality! Or not?). At least, that is what we realised in most of restaurants and bars we visited. Hotels and some more touristic places normally have their two cabins, each one with its indication of being either for male or for female. Still, in general, it is all mixed.

During the religious Epiphany bank holiday (Jesus baptism), which happens in the freezing month of January, Russians get together in frozen rivers and lakes around the cities, carve a hole in the ice and – shock yourselves! – dive.

According to the adepts, the freezing water bath (temperatures reach below 20C / 4F) has medical properties. The government and the Orthodox Church support the event and there is always a government representative, a priest and a doctor to supervise the craziness celebration.

7 – It is here the world’s largest railway

The Trans-Siberian has almost 10 thousand kilometres long and 8 different time zones. It crosses almost the whole Russian territory, which has an area equivalent to Pluton (hey, take it as a plus curiosity!)! Therefore, basically, to cross Russia on the Trans-Siberian railway is the same as to go around Pluton – which is a dwarf planet, and not a planet anymore!

8 – St Petersburg, the “Venice of the North” It is true that other cities in the world also earn this cognomen, but we believe that the most legit is for St. Petersburg. The city of Venice was the inspiration for the Czars, who commanded to build canals all over the city. There are so many canals over there that, currently, the city has three times more bridges than Venice, in Italy.

Unlikely many people think, Russians are very hospitable. We had very pleasant experiences every time we visited the country. We believe they are just not understood and for this reason they earn the fame of being grumpy and cold. You can bet on it, once you have a Russian friend, you will have a friend to trust for life.

10 – There are frozen mammoths in Siberia

Yes, you read it right! We spoke with a few art galleries in Siberia who said when the snow start to melt during spring, many people travel to the north of Siberia in order to collect mammoth marble and sell in their galleries. Very bad, we know!

If you are as curious as we are about it, check it out this great report on the Mammoth Pirates of Siberia!

Do you want to know more about how Russians and other cultures celebrate their Christmas and NYEs? So read these: