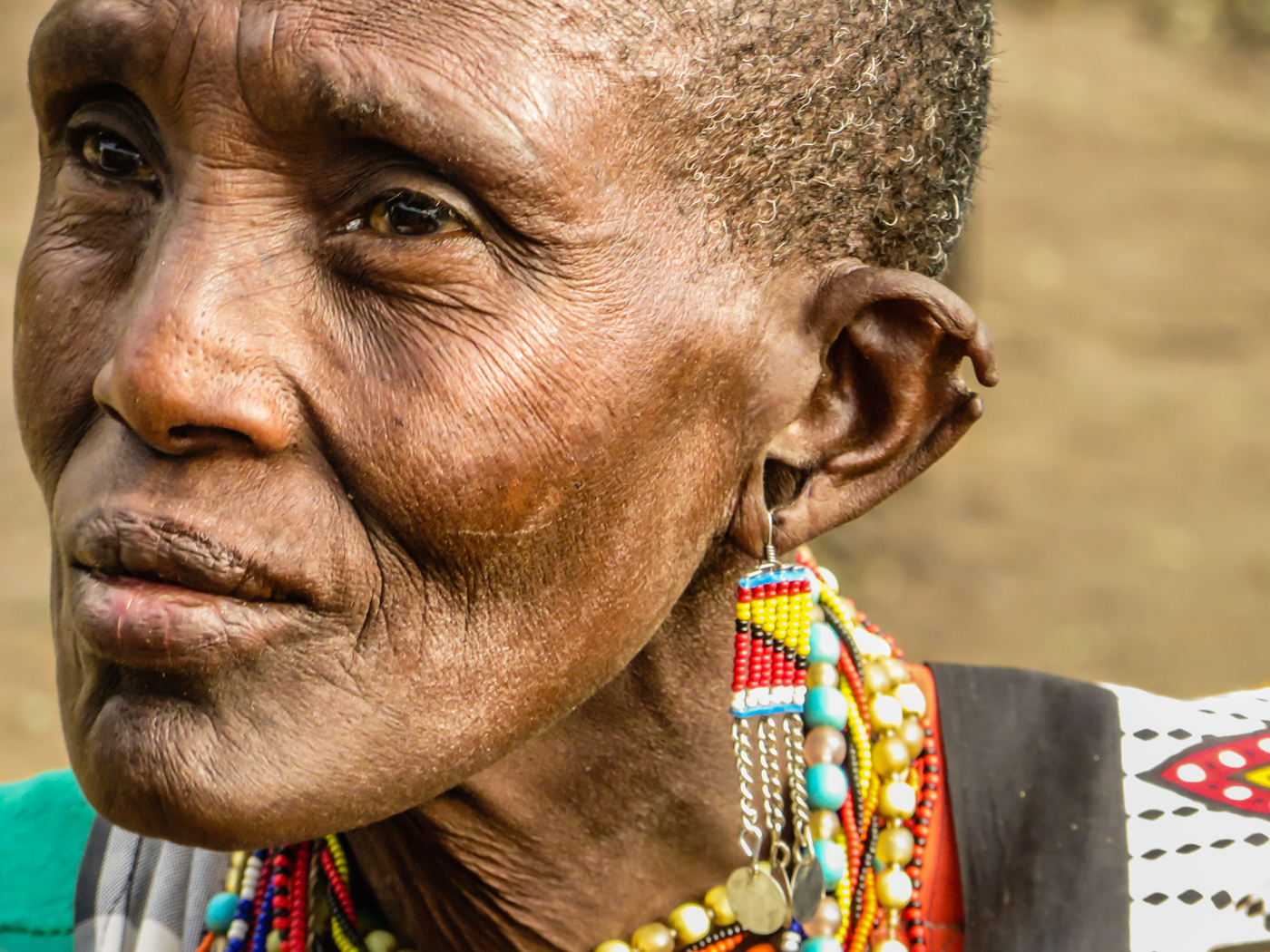 A Maasai woman in Kenya

Independence of Kenya: How it all happened

On the African continent, more specifically on the west coast, right under the Equator line and in an area of 569,140 square kilometers, lies the Republic of Kenya, an independent sovereign country since 1963.

It borders with Somalia to the east, Ethiopia to the north, South Sudan to the north-west, Uganda to the west, and Tanzania to the south. Its former capital, Mombasa, is a famous tourist destination because of its beautiful natural beaches and landscape. Nairobi, the capital since 1905, has more than 3 million people and is one of the 47 counties that constitute the Republic of Kenya, having as official language English, Swahili and tribal dialects.

*Before we tell you about Kenyan Independence, we have to say how it all started: The colonization of Kenya. If you are interested in the history of its independence, jump to the topic The II World War (down below) 😉

There are 52 tribes that form the country, which come from three main ones: Bantu, Niloti and Cushiti.

The Cushitis are majority Muslim with Arab influence; Nilotis are descendants of the Nile River region; And Bantus are the largest tribe and the one who fought for the independence of Kenya, which belonged to the British Empire until the late 19th century.

*You may also like to read: Harambee, the swahilli word everyone should be aware of.

Early colonization time of Kenya by the British

During the rush to claim territories by the European powers in the late 19th century, a peace treaty between German and British government agreed upon the dominance of the north of Mount Kilimanjaro. From the coast until the lake Victoria and the region today known as Uganda, was agreed to belong to the British, and the south, known today as Tanzania, to the Germans. It was drawn a straight line of which still up to date, dividing both Kenya and Tanzania.

However, due to the focus of the British monarchy on acquiring more land in different areas of Africa and the world, the administration of the recent conquered land (Kenya) was left to the Imperial British East Africa Company (IBEAC). The IBEAC was a commercial association already installed there in an agreement with the Sultan of Zanzibar, who was the sovereign of the area  and continued to be until the independence of Kenya. The agreement between IBEAC and the Sultan involved trades of goods and agriculture. Therefore, IBEAC was responsible for taxes, justice, treaties and act as the ruler of the area.

The company went bankrupt in 1894, thus making the British government fully responsible of the area. So, the first action after dissolving IBEAC was to change the name of the area as East Africa Protectorate, also known as British East Africa.

With little bloodshed, but not without a few troubles with the local tribes, the settlement of foreigners, named by local of Mzungo, increased. The capital was transferred from Mombasa to Nairobi in 1905 and was officially constituted as the Colony of Kenya in 1920.

The origin of the name

However, the way the mount earned its name is rather interesting.

In Kamba language, one of the tribes who inhabited the region, mount means “Kiima” and ostrich means “Kiinyaa”. Due to the prehistoric volcanic eruptions from the extinct Mount Kenya and how high it is, the Kamba people assimilated its shape with an ostrich because of the black volcanic rocks and white snow on its peak, calling it then “Kiima Kiinyaa” (Mount Ostrich). When translated in the late 19th century, it became Mount Kenya, which is actually a misunderstanding of the Kamba meaning for ostrich.

In the period of the Colony of Kenya, particularly during the World War II, many Kenyans fought for the British. They were known as askaris, a name based on the KAR service – King’s African Rifles.

When the war was over, Kenyans fighters, most of the tribe Kikuyu, were looking for employment and privileges, just to realise they were again being segregated and not receiving the same rights as white British.

For those who came back from the war, now poverty and famine were their reality.

Moreover, the Colony Authority wanted to modernise Kenya and to do so it was necessary to develop its infrastructure. Therefore, the Authority was looking for cheap labour. To solve his problem, he took away from locals their land and rights, forcing them to work almost on a slavery basis, exacerbating the segregation of white and local people and creating more poverty and famine amongst them.

A movement known today as Mau Mau, which has many controversial stories, begun to fight for expelling white people from Kenyan land.

Up to date, it is uncertain how the name was given. But currently, most Kenyans affirm that the name came from Swahili “Mzungo Aende Ulaya, Mwafrika Apate Uhuru“, which means “white people go back to your land, let the African be free“.

In 1952, when the Queen Elizabeth II arose to the throne, Britain declared a state of emergency in Kenya, stating that the revolutionaries were killing British settlers. The British created camps to convert convicted Mau Mau fighters into “honest” citizens. It is estimated that about 80.000 men were captured, mainly from Kikuyo lands, and forced into labour, where many died from beating.

That situation was also convenient for the British as the captured men put into forced labour worked on the developing infrastructure plan, which includes today’s airport and main roads of Nairobi.

Ironically, this forced labour camps were created just after the British fought against the German Nazis and its concentration camps.

Mau Mau defeat and the Independence of Kenya

There is a slightly controversial story stating that those revolutionaries were peacefully trying to form an independent country and no British were initially killed. The Mau Mau people initially did not expect the military intervention as well as a war against the British, but the propaganda and the military intervention of 1952 forced them to fight.

Although the story may be controversial, during the emergency period, the Mau Mau began fighting for the independence of the country, killing people who would not swear an oath to them or allied with the British.

The Mau Mau was defeated in 1956 with the death of its leader Dedan Kimathi. But the legacy of the revolution led Kenya to its independence in 1963.

Fearing to bringing international attention if the British Government had to keep using force to control the situation in Kenya as well as the high costs of maintaining the colony highly contributed to the independence.

Jomo Kenyatta, president of the KANU party, the Kenya African National Union, who was sentenced to 7 years imprisonment from 1953 until 1960 on charges of being one of the leaders of the Mau Mau, became the first president of the Republic of Kenya in 1963.

The Flag of Kenya The Kenyan flag of 1963, which remains up to date, is based on the colours of the KANU´s flag: three stripes, one in black, red and green, and two other small white stripes in between them. In its middle, it has a warrior’s shield and two crossed spears.

The colour black of the flag represents the indigenous black population who has always inhabited the area. The red colour symbolises the blood shed during the fight for independence. The Green, though, means the beautiful and fertile landscape and the natural wealth of the country. The small white stripes in between them stands for peace and unity whilst the warrior shield from the Maasai tribe, who are the tribe who still keeping its pastoral and warrior traditions up to date, together with the two crossed spears, symbolises the defence of freedom.

A new constitution was drawn in 2010 during Kibaki´s leadership, which, after voted through a referendum and passed by a wide margin, eliminated the position of a Prime Minister and diminishes the power of the president.

The current president is Uhuru Kenyatta – who was won again on September 2017 – , the son of the first Kenyan president Jomo Kenyatta.

Kenya was recently ranked as the 6th country to invest your money, particularly in infrastructure. In addition, the country was the one which developed the mobile banking system, M-Pesa, which Bill Gates stated as the revolution in the banking system that the developed world will adopt soon. M-Pesa stands for Mobile Pesa – phone money in Swahili – and begun in 2005 after years of people transferring their credits of their phones to one another in order to pay small bills.

*Article originally written in July 2016 and updated in April 2018.